HOW MUCH HAVE THE PRICES OF ENERGY COMMODITIES JUMPED THIS YEAR?
A lot. U.S. natural gas prices have more than doubled since the start of the year, while European natural gas prices as well as global LNG (liquefied natural gas) prices have more than quadrupled, and electricity prices have spiked recently in some countries to multiples of prior levels. Even oil prices are up over 50% this year and are near multi-year highs, a stark contrast to when U.S. oil prices had previously crashed to near zero in the first half of 2020.

WHY ARE ENERGY PRICES SURGING AROUND THE WORLD?
In general, the prices of many energy-related commodities are jumping recently due to growing fears of insufficient supplies to meet potential demand. For example, regarding natural gas, it began when a prolonged winter last year reduced the amount of natural gas in storage to below average levels. Since then, the world has not sufficiently rebuilt its natural gas inventory levels ahead of this coming winter.

WHY HAVEN’T OUR NATURAL GAS INVENTORIES BEEN FULLY RESTOCKED?
Several factors have limited the restocking. First, demand for natural gas has rebounded along with the reopening of the global economy resulting in more consumption and less storage. Second, supply growth has also faced the headwinds of underinvestment in recent years along with certain LNG facilities coming off-line for routine maintenance as well as disruption from hurricanes. Further, electricity shortages in some locations have driven increased demand for more natural gas-fired power generation. This now puts the northern hemisphere in the precarious position of entering the high-demand winter heating season with below average levels of natural gas in storage.

WHY HAVE SOME REGIONS FACED ELECTRICITY SHORTAGES?
Parts of Europe and China have been in the headlines recently with spiking power prices as well as mandated restrictions on power consumption.

In the case of Europe, efforts to reduce reliance on nuclear- and coal-fired power generation in favor of renewable generation such as wind power in recent years has collided with mother nature. First, lower than expected average wind speeds have resulted in lower-than-planned-on levels of electricity generation. This highlights the key weakness of renewables, which is their intermittency. Also, hydro levels, which represent potential hydroelectric power generation are low. Further, the higher natural gas prices mentioned earlier also feed into higher electricity prices as some power plants use natural gas as their fuel source to generate electricity. In Europe, power prices are also impacted by carbon pricing, which has more than doubled this year as a result of a reduction in emission credits and
increased demand for power generation.

Regarding China, power has been rationed as the country attempts to meet emission standards, while at the same time strong demand for products from their industries has been driving increased commercial and industrial power demand there.

IS THERE ANY RELIEF IN SIGHT?
There is clearly potential for further price spikes in the near-term across a number of energy-related commodities given today’s generally low inventory levels in the face of rising demand. While likely manageable, these higher energy costs could add to the near-term bite of inflation and its impact to overall global economic growth. That said, looking beyond this winter into 2022, the restart of some global LNG operations combined with new expansions at other facilities will likely help bring natural gas prices down next year. Further, regarding the prices of other energy commodities, remember that oftentimes “price cures price” in that high prices offer both an economic incentive to increase production while also limiting demand to some extent. Ultimately, this results in an improving balance between supply and demand and a moderating of prices for these commodities.

WHAT ABOUT HIGH OIL PRICES?
Regarding oil prices specifically, it’s worth noting that U.S. shale oil production is growing again, which could provide some relief from higher oil prices going forward. Also, keep in mind that the alliance of producer countries, known as OPEC, is in the process of bringing previously withheld oil supply back to the market. Any increase in the rate at which they are supplying additional oil to the global market could help ease prices.

BRINGING THIS HOME, WHAT WILL ALL THIS MEAN TO THE U.S. CONSUMER, AND TO THE STOCK MARKET?
First, for the consumer, most people are likely to be paying higher monthly natural gas utility bills this winter as a majority of the residential gas utility bill is the cost of the commodity itself, which as mentioned previously has more than doubled since the beginning of the year. Second, consumers today are paying roughly 40% more for prices of gasoline at the pump than they were at the start of the year. Should oil prices continue to climb, gasoline
prices would likely continue to follow suit.

For investors, higher commodity costs by themselves are not likely to be enough to derail the stock market. Also, diversified portfolios will tend to have limited exposure to Energy stocks given that the Energy sector represents less than 3% of the S&P 500 today, down dramatically from its 10%+ weighting a decade ago.

Past performance is no guarantee of future results, and the opinions and other information in the commentary are as of October 19, 2021.
This summary is intended to provide general information only, may be of value to the reader and audience, and any opinions expressed herein are subject to change.
This material is not a recommendation of any particular security or investment strategy, is not based on any particular financial situation or need and is not intended to replace the advice of a qualified attorney, tax advisor or investment professional. Diversification does not guarantee a profit or protect against all risk.
Commerce does not provide tax advice or legal advice to customers. Consult a tax specialist regarding tax implications related to any product and specific financial situation.
Data contained herein from third-party providers is obtained from what are considered reliable sources. However, its accuracy, completeness or reliability cannot be guaranteed, and is subject to change rapidly as additional information regarding the conditions which impact the represented subject matter may change.
Commerce Trust is a division of Commerce Bank

NOT FDIC INSURED | MAY LOSE VALUE | NO BANK GUARANTEE

Supply Chain Disruption - Why The Bottlenecks? 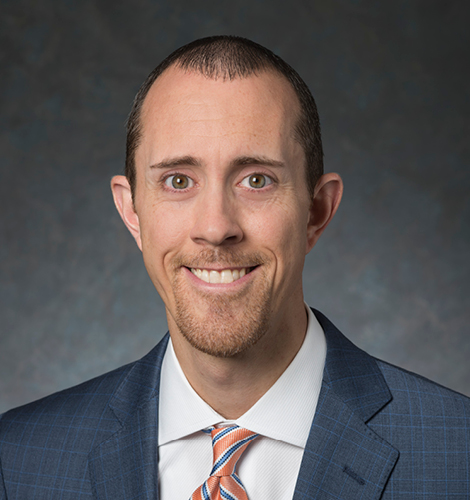 Paul was also a panelist speaker for the American Gas Association and a three-time winner of Forbes “Best Brokerage Analysts” distinction.