Why is unemployment so key to understanding the economic impact of the pandemic?

If you had to look at one statistic that incorporates the information needed to predict future consumer and business loan delinquencies, potentially followed by an increasing default rate that can ultimately result in charge-offs and loss of capital in the banking and financial sector of the economy, it’s unemployment.

The pandemic drove the initial surge in unemployment, from a near-record low of 3.5% to a record high of 14.7%. Subsequently, the gradual reopening of the U.S. economy resulted in an initial sharp recovery and re-employment of about a third of all the initial jobs lost in March and April.

So while the initial surge in unemployment and the resulting shock to the economy is now behind us chronologically, today’s unemployment rate of 10.2% and an underemployment rate of 16% feels like a more rational, initial economic state to begin to assess the likely longer-term damage to the banking and financial industry, after the dramatic initial 9.5% decline in the second quarter U.S. economic activity. This decline has yet to show up statistically in terms of aggregate credit losses, as massive monetary accommodation, government stimulus, direct relief, forbearance, etc., have largely postponed what could have been a larger credit disaster than what may ultimately ensue.

With a vaccine hopefully on the horizon, and perhaps a quicker initial recovery than occurred coming out of our last Great Recession (it lasted 18 months and technically ended in June 2009), the initial starting point in terms of today’s overall economic damage appears very similar to what we had back in 2009 as we begin to enter the fourth quarter of the year.

In our last recession, it took the economy three full years (1/2008 to 12/2010) for inflation-adjusted GDP to fully recover to its prior level. In a typical recession post-World War II, it generally took less than 18 months. That’s why we called our last recession a “Great Recession” only surpassed by the “Great Depression.” With this initial economic shock even worse than our recent Great Recession, the virus still clearly more widespread and stickier than initially hoped, even a deployed vaccine will take material time to afford a recovery back to late 2019 levels of economic activity. We don’t doubt it could also take a similar three-year period for aggregate economic activity to pull itself back up to its prior peak from February 2020. That three-year recovery forecast is a bit longer than a more consensus-like two- to two-and-one-half year time frame.

As such, not only will credit losses be a considerable concern for several years going forward, easing as unemployment declines and GDP picks up, but the banking and financial industry could face elevated levels of losses well into 2021 and still be accruing some in 2022. To add to this mix, today’s interest rate environment is considerably lower than it was during our previous recession. Unfortunately, that low interest environment, quarter by quarter, slowly squeezes the banking industry’s net interest margin, somewhat offset by a level of government induced asset growth.

Our best estimate today is cumulative credit costs over the downturn are likely to be a bit less than the previous Great Recession. Why? Banks went into this downturn with a higher quality loan portfolio. But with interest rates likely to be lower for longer, net interest margin compression will be more severe. The full impact will still take several years to fully accrue even as we recover in a steady but slow pace over the next two to three years.

Be mindful that this is not a prediction regarding the stock prices of banks and financial institutions. The market will likely see the eventual recovery in bank earnings well ahead of their arrival and this month hints a bit at this already with financial stocks finally outperforming the S&P 500 after having been this year’s second worst performing sector (energy the worst).

This is a simple recognition that the economic impact of the coronavirus will be with us for years to come, and the
overall recovery will likely be steady, but slow.

Past performance is no guarantee of future results, and the opinions and other information in the commentary are as of August 12, 2020.

This summary is intended to provide general information only, may be of value to the reader and audience, and any opinions expressed herein are subject to change.

We Reduced Portfolio Risk as Investors Wait for Better Times 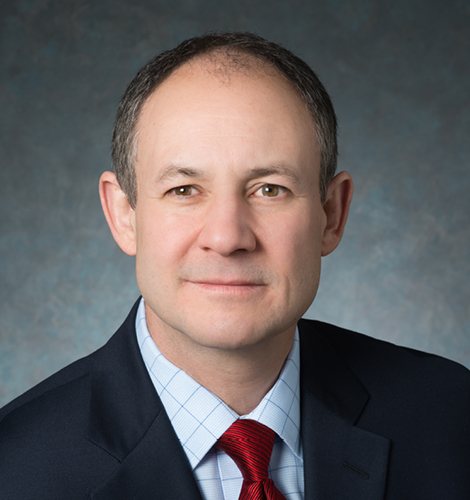 Scott is the chief economist and director of fixed income management with Commerce Trust Company.

He joined Commerce in 1993 and has investment responsibilities for over $26 billion in fixed income assets. Scott directly manages the Commerce Short-Term Government and the flagship Commerce Bond strategies.

Scott received his Bachelor of Science degree in nuclear engineering from the University of Cincinnati in 1986 and received his Master of Business Administration from Xavier University in 1988. He has been both a director and president of the Chartered Financial Analyst Society of St. Louis.
Beginning of dialog window. It begins with a heading 4 called "Success message". Escape will cancel and close the window. This form does not collect any actual information.