Commerce Trust Senior Investment Strategist and Director of Equity Research Don McArthur, CFA®, manages the Fundamental S&P 500 Equity Strategy. Don is a regular contributor to many articles in the financial press and is a featured speaker at Commerce Trust client investment summits throughout the year in the Midwest. National conventions for Republican and Democratic parties are about a month away and we are less than 100 days away from the November 3rd national Presidential election. Is it possible to make practical investment decisions based on the election during a global pandemic? We are in new territory no matter which party wins the presidency, and Don shares his point of view on the equity market in this insightful Q&A.

THE NOVEMBER ELECTION IS A FEW MONTHS AWAY. HOW ARE YOU THINKING ABOUT IT?
Clearly the election is topical and could have implications for investments. However, we are still living in a global pandemic with high unemployment and uncertainty on the path of opening up the economy. We believe near-term market movements are driven by those factors and the potential for a COVID-19 vaccine, versus pricing in a potential outcome from the election in November.

RECENT POLLING DATA SHOWS JOE BIDEN LEADING THE RACE FOR THE PRESIDENCY, HOW WILL MARKETS REACT TO SUCH A RESULT?
While we can look at polling data, we don’t know the outcome and how the market will react. Recall the November 2016 when polls indicated Hillary Clinton would win. Markets were positioned for that outcome and Donald Trump ended up winning the election, reversing many of the pre-election trends. Furthermore, even if we did know the outcome of the election there is some uncertainty as to how markets will react. I remember that overnight when Trump won the 2016 election, futures on the S&P 500 dropped 3-5% only to close the following day up 1% and ending the year up another 4-5%.

WHAT ARE THE LIKELY OUTCOMES FROM THE ELECTION?
Looking at analysis from Senate and House races as well as the Presidential election, it appears there are three likely scenarios. One is that Joe Biden continues with his lead in the polls and wins the Presidential election, but the Republican Party retains a majority in the Senate. This would leave a Democrat as President and a divided Congress. Another scenario is the status quo with Donald Trump retaining the Presidency with the further assumption that if he wins the Republican Party will maintain control of the Senate with the Democratic Party still controlling the House of Representatives. A final scenario would be Joe Biden winning the Presidency and the Democratic Party gaining control of the Senate. This would leave the Democratic party controlling the White House as well as both houses of Congress.

WHAT SHOULD INVESTORS EXPECT IF BIDEN WINS THE PRESIDENCY, BUT THE CONGRESS REMAINS DIVIDED?
From a high level, it would be difficult to get major legislation passed in this scenario. Major increases in taxes that Biden has proposed are unlikely to pass. However, we would likely see efforts toward more regulation through appointments to agencies and executive orders. We may see increases in regulation for the financial markets, as well as the environment. It is also likely that an infrastructure spending bill gets passed.

WHAT COULD HAPPEN IF THE STATUS QUO REMAINS WITH TRUMP AS PRESIDENT AND A DIVIDED CONGRESS?
Basically, more of the same. We would expect continued strains on our relationship with China with more geopolitical tension. De-regulation likely continues broadly. It does appear an infrastructure spending bill could get passed with bi-partisan support.

WHAT IF BIDEN WINS THE PRESIDENCY AND THE DEMOCRATIC PARTY WINS CONTROL OF BOTH SIDES OF CONGRESS – A DEMOCRATIC SWEEP?
It depends on what can get passed through Congress. Biden has proposed rolling back some of the 2017 tax cuts with the corporate tax rate increasing to 28% from 21% and raising taxes on those making over $400,000. Additionally, he has proposed raising long-term capital gains and the dividend tax rates to the ordinary income rate for higher wage earners. There could be an increase in payroll taxes for earnings over $400,000. Biden also supports repeal of existing gift/estate tax guidelines that would eliminate a step-up in income tax basis at death, which could change the way investors plan to transfer wealth to the next generation. However, many experts note that negotiation on aspects of his proposals will be necessary to get a bill passed in Congress. Biden would like to spend more on healthcare, expanding the Affordable Care Act and offering a public health insurance option. As with the other scenarios, we could see an infrastructure spending bill pass. Foreign policy would likely remain tough on China but perhaps be more predictable. Finally, we may see more regulation on financial markets and environmental concerns.

HOW SHOULD INVESTORS POSITION THEIR PORTFOLIOS FOR THE ELECTION?
As I alluded to earlier in our conversation, I think the Global Pandemic and its implications to the economy outweigh November election concerns at this time. As we move closer to the election in November, we will likely see the ups and downs of each respective campaign reflected in the latest polling data. While this could cause movements in financial markets one way or another, such a move could also be reversed in the coming weeks as the other candidate gains/loses momentum. We don’t believe it is prudent to try to make investment decisions based on a potential election outcome and what may be the associated move in financial markets at this time. Clearly, we will be monitoring the election, the opening-up of the economy, and the outlook for corporate earnings in the coming months.

Past performance is no guarantee of future results, and the opinions and other information in the commentary are as of July 28, 2020. This summary is intended to provide general information only, may be of value to the reader and audience, and any opinions expressed herein are subject to change.

This material is intended to provide general information only, may be of value to the reader and audience, and is reflective of the opinions of Commerce Trust. 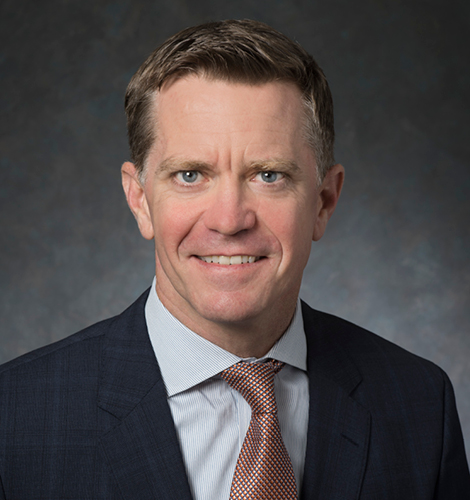